?As much of a great guitar player as Jimi Hendrix was, Bert Jansch is the same thing for acoustic guitar?and my favourite? ? Neil Young

?At one point, I was absolutely obsessed with Bert Jansch. When I first heard that LP [1965], I couldn?t believe it. It was so far ahead of what everyone else was doing. No one in America could touch that? ? Jimmy Page Herbert "Bert" Jansch (3 November 1943 – 5 October 2011) was a Scottish folk musician and founding member of the band Pentangle. He was born in Glasgow and came to prominence in London in the 1960s, as an acoustic guitarist, as well as a singer-songwriter. He recorded at least 25 albums and toured extensively from the 1960s to the 21st century. Jansch was a leading figure in the British folk music revival of the 1960s, touring folk clubs and recording several solo albums, as well as collaborating... 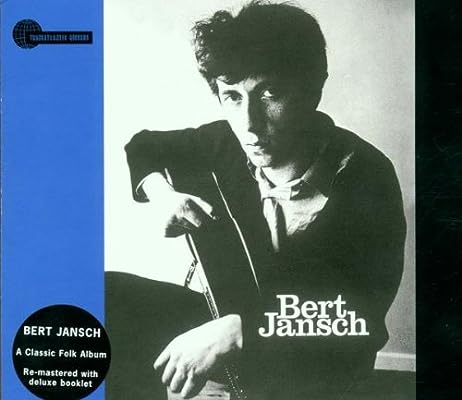 Bert Jansch is the debut album by Scottish folk musician Bert Jansch. The album was recorded on a reel-to-reel tape recorder at engineer Bill Leader's house and sold to Transatlantic Records for £100. ...