The band was formed by Miltos Iliopoulos in 2009 and after a few member changes, the final line-up is: Miltos Iliopoulos
(lead guitars), Bill Sagan (Bass)(other acts: GOD.FEAR.NONE.), Vaggelis Sagan (drums-percussions), Stefanos Danakos
(rhythm guitars) and Spyros Gavalas (vocals). When the last member was hired, the band started
making live shows at local bar-clubs and also participated in live fests such as: UNDER THE CITY FESTIVAL 2013,
KILLERTUNE FESTIVAL 2013 in Kalamata with Suicidal Angels and FUCK SCHOOL FESTIVAL 2013 (Athens-contest)
in which they won the 1st place! KILLING WITH A SMILE are currently working on their first EP album, with the
producer Dimitris Voutsas, (GOD.FEAR.NONE guitarist) in FOUR WALLS STUDIOS, which is going to be released pretty soon!!
The band’s objective now is to promote their Debut EP ‘‘Ground Zero’’ and create a fanbase through live performances.
Stay Tuned and…Keep On Smiling!

Killing With A Smile

KWASOfficial (kwas-official)'s profile on Myspace, the place where people come to connect, discover, and share.

Killing With A Smile | Metal from Athens, GR

Originated from Athens, Greece, Conquest Method are a 5-piece metal band. It all started on spring of 2012 when Akis
(bassist) and Alex (drummer) met John (rhythm guitars) and started jamming together as a trio. Akis foresaw that this
could be the start of a new metal band so after some search Kostas (lead vox) joined the band in August of 2012 and
some time later George (rhythm/lead guitars/clean vox) came in September of 2012 to complete the band’s current
line-up. After some rehearsals the band decided to work on it’s debut self titled EP which eventually was self released
in October of 2013. The band is currently playing live shows regularly as well as taking it’s time to compose new material
for our first full length album. 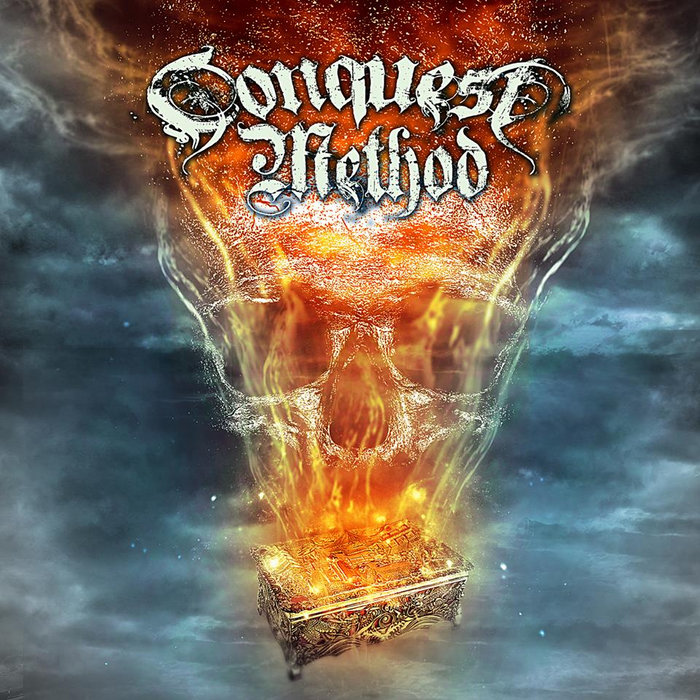 VIGOUR is a multinational melodic black metal band, hailing from Athens, Greece, with an overwhelming desire to deliver
unique music, giving the audience the opportunity to explore something different in the scene. With complex and diverse
compositions, filled with continuous melodies on death metal-influenced rhythm guitars, VIGOUR, create their own, modern
projection of old-school black metal. Strong songwriting could only be combined with a relevant live performance, as the
band’s commitment and ability to conquer the stage is engaging new crowds in every show. From the very beginning, VIGOUR
have played with highly acclaimed underground Greek metal bands, as well as world-renowned acts. ?No Gods to Praise?,
the band’s first full-length album, is waiting impatiently for its official release, while scoring 9/10 on Metal Hammer Greece.
?Poisoned with Norwegian sulfur, its killer riffs and melodies, powerful drumming, moaning vocals, dark lyrics and crystal
clear, but at the same time chaotic production, have made Vigour one of the most promising black metal bands in the scene?.
Constantly evolving through time, they are already preparing their next album, which is going to be even more aggressive,
taking VIGOUR to the next level.

Vigour is a symphonic/melodic black metal band, hailing from Athens, Greece, with an overwhelming desire to deliver unique music, giving the audience the opp...

NORDOR were founded in 1989. In their early years (1989-1995), they released 3 demo tapes, songs from which were included
in several underground metal compilation tapes. The band went into a creative halt shortly after, still distributing their material
to their fans. The band signed with Sleazy Rider Records in 2003, and all three demos were brought together and released in the
form of a CD, titled “Nordorian Manifestations”. After that, “False Prophet” decided to take the band further, making it a full-time priority.
In late 2004, he had new songs composed, and recorded them at Devilworx (later renamed “Devazoundz”) Studios, with “Kane”
(a.k.a. Fotis Benardo of Septicflesh) behind both the drumkit and the console. The recordings were finished by early 2005. Until 2007,
“False Prophet” looked into completing the band’s lineup with talented and dedicated people, and so “Lordwinter” joined on the
vocals, and “The Antipope” joined on the bass. The lineup for the first NORDOR shows was complete with “Kane” behind the drums
as a session drummer. During that year, Nordor signed with “Divirta Ltd” for the release of “Mandattu” mini-cd, containing 4 songs.
Later on, the need for a full-time drummer arose, and “Snake” took up the drums in 2008. The band signed with “Under The Sign of
Garazel Productions” and “Flagellum Haereticorum Rex Productions” for the release of the first NORDOR full-length album,
“HONORIS CAUSA-TIMHS ENEKEN”. In 2009, NORDOR played many shows all over Greece, and toured Europe with Lividity (US),
performing in 8 countries (Germany, Poland, Slovakia, Czech Republich, The Netherlands, Belgium, Austria, Italy). Later in that year,
the band entered Devasoundz Studios to record their second full-length album, “Erga Omnes”. Behind the console were Fotis Benardo
(Septicflesh), Chris Antoniou (Septicflesh, Chaostar), and George Emmanuel (Valet Parn - Rotting Christ). The album was then mixed
in Fredman Studios (Gothenburg, Sweden) by Fredrik Nordstrom & Henrik Udd, and mastered in Tailormade Studios (Stockholm, Sweden)
by Peter In De Betou. Guest appearances in the album are made by Marios Iliopoulos (Nightrage), Christos Antoniou (Septicflesh, Chaostar)
and Androniki Skoula (Chaostar) , and Seth Siro Anton undertook the album’s artwork. After a long time searching for a new record deal,
NORDOR finally signed with Deathrune Records in 2012. Shortly after, due to shift of priorities of “Professor Snake”, the band was forced to replace him,
and “Lithras” sits behind NORDOR’s drumkit since then. Always working towards constant self-improvement, the band decided to make
its sound richer, fuller and heavier. They initially thought of getting a second guitar player, but then an idea came to “False Prophet”: A second
bass instead, would further enhance the sound of Nordor, making them the first Progressive Death metal band with 2 basses. The man for
the job would be “Tragos”, who was recruited in mid-2013.

Download and stream NORDOR songs and albums, watch videos, see pictures, find tour dates, and keep up with all the news on PureVolume.com/nordor

Supported By (in a random order):

A Big Thanks To KARAPET (KARO) SAHAKYAN For His Excellent Photography (used for our poster).
Support Him And His Art Here : https://www.facebook.com/karapetsahakyan