PIGS, the New York City group that includes Dave Curran from Unsane, Jim Paradise from Player?s Club, Freshkills and Hellno and renowned producer Andrew Schneider (Cave In, Converge, Made Out of Babies, Unsane, Keelhaul) will release their new EP Gaffe on October 15th via Solar Flare Records.
Gaffe serves as a stop-gap release between the band?s acclaimed debut album You Ruin Everything and their forthcoming sophomore effort, still in the works, and also serves to celebrate their imminent European tour along with label mates Sofy Major.

Featuring three new tracks, Gaffe, is simple and pure, showcasing a more relaxed approach than You Ruin Everything, but still retaining the dirtiness of noise rock and the sludge heaviness masterfully explored on their debut album.
Essentially, Gaffe is another positive step forward in evolution of the already respected collective known as Pigs. 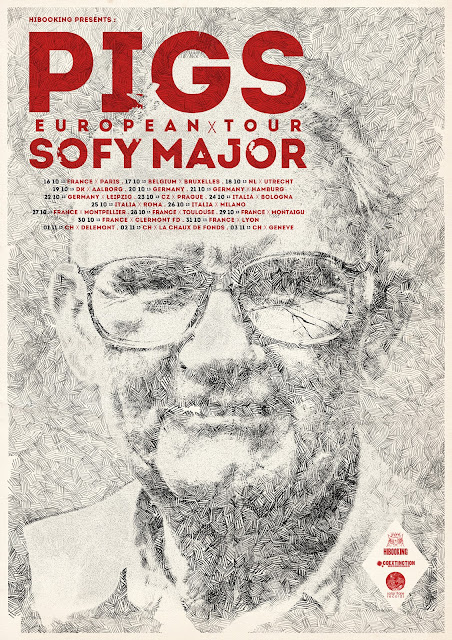 Only 100 units available for preorder.

Pigs - Gaffe 10" vinyl EP can be streamed on Revolver :

LISTEN TO ‘GAFFE’ IN ITS ENTIRETY
ORDER THE RECORD

The band has some new shirts from their european tour to sell :