The most important kind of freedom is to be what you really are. You trade in your reality for a role.You give up your ability to feel, and in exchange, put on a mask.There can’t be any large-scale revolution until there’s a personal revolution, on and individual level. It’s got to happen inside first. You can take away a man’s political freedom and you won’t hurt him unless you take away his freedom to feel. That can destroy him. That kind of freedom can’t be granted. Nobody can win it for you.

That’s what real love amounts to- letting a person be what he really is. Most people love you for who you pretend to be.To keep their love, you keep pretending- performing. People get so used to their image, they grow attached to their masks. They love their chains.They forget all about who they really are. And if you try to remind them, they hate you for it, they feel like you’re trying to steal their most precious possession.

I think there’s a whole region of images and feelings inside us that rarely are given outlet in daily life. And when they do come out, they can take perverse forms. It’s the dark side. Everyone, when he sees it, recognizes the same thing in himself. It’s a recognition of forces that rarely see the light of day. The more civilized we get on the surface, the more the other forces make their plea.

A person has to be willing to give up everything- not just wealth. All the bullshit that he’s been taught- all society’s brainwashing. You have to let go of all that to get to the other side.

When others demand that we become the people they want us to be, they force us to destroy the person we really are. It’s a subtle kind of murder. The most loving parents and relatives commit this murder with smiles on their faces.

People are afraid of themselves, of their own reality; their feelings most of all. People are taught that pain is evil and dangerous. How can they deal with love if they’re afraid to feel? Pain is meant to wake us up. People try to hide their pain. But they’re wrong. Pain is something to carry, like a radio. You feel your strength in the experience of pain. It’s all in how you carry it. That’s what matters. Pain is a feeling. Your feelings are a part of you. Your own reality. If you feel ashamed of them, and hide them, you’re letting society destroy your reality. You should stand up for your right to feel your pain.

Expose yourself to your deepest fear; after that, fear has no power,
and the fear of freedom shrinks and vanishes. You are free. 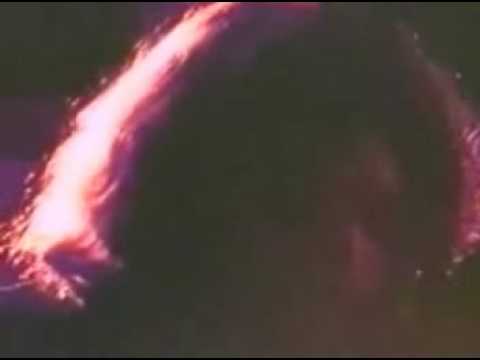 A door is a hinged or otherwise movable barrier that allows ingress and egress into an enclosure. The opening in the wall can be referred to as a "portal". A door's essential and primary purpose is to provide security by controlling access to the portal (doorway). Conventionally, it is a panel that fits into the portal of a building, room, or vehicle. Doors are generally made of a material suited to the task of which it is to perform. Doors are commonly attached by hinges within the portal but ca... James Douglas Morrison (December 8, 1943 – July 3, 1971) was an American singer, songwriter and poet, who served as the lead vocalist of the rock band The Doors. Due to his wild personality, poetic lyrics, his widely recognized voice, unpredictable and erratic performances, and the dramatic circumstances surrounding his life and early death, Morrison is regarded by music critics and fans as one of the most iconic and influential frontmen in rock history. Since his death, his fame has endured as...