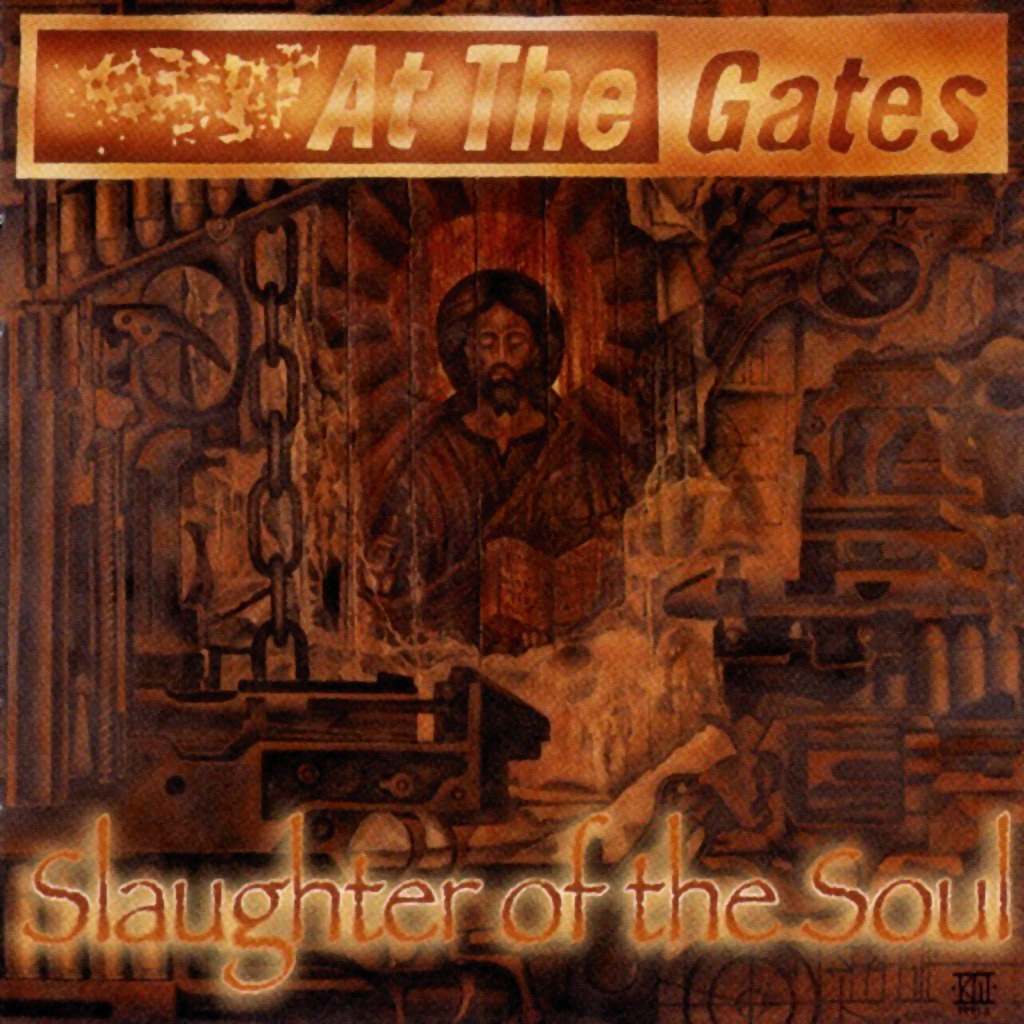 Can you feel the pain I feel?
This wound I’ve got will never heal
I’m lost, in the serpents own nest

Pain, the highest order
Scorching the inside of my skin

Pain, the highest order
Scorching the inside of my skin

Swedish melodic death metal pioneers AT THE GATES will release “The
Flames Of The End”, a brand new three-disc DVD set, in February 2010 through Earache Records.

AT THE GATES released its definitive album, “Slaughter Of The Soul” ? often regarded as one of the all-time greatest metal albums ? on Earache in 1995, before touring the world and abruptly disbanding. Members of the band went on to play major roles in other notorious metal acts such as THE HAUNTED and CRADLE OF FILTH, before reforming for a one-off tour in 2008 to rapturous response.

Now, to celebrate AT THE GATES’ massively influential career and historical
reunion tour, the band will be releasing “The Flames Of The End”, an extensive, in-depth and definitive three-disc DVD set on February 22, 2010.

Housed in a deluxe six-panel DVD digipak with a 40-page colour booklet, “The Flames Of The End” will include three indispensable DVDs:

A brand new documentary with a running time of over two hours, detailing the band’s entire career with exclusive interviews and footage, filmed and directed by
guitarist Anders Björler.

26 rare and archive live performances of the band playing in locations around the globe from 1991 to 2008.

Watch a video trailer for “The Flames Of The End” below.

AT THE GATES guitarist Anders Björler comments: "It’s now almost two-and-a-half years after the first telephone call to the guys regarding the reunion plans for 2008. Looking back at it today, I am very pleased and happy we pulled it off in the short amount of time and clearing all the planning hurdles with our other bands; THE HAUNTED, DISFEAR, BRUJERIA, NEMHAIN, SLAKATTACK etc.