Read the info first, then watch the clip…link below.

And you thought those people that set up roomfuls of dominos to knock over were amazing. There are no computer graphics or digital tricks in the film linked below. Everything you see really happened in real time exactly as you see it.

The film took 606 takes. On the first 605 takes, something, usually very minor, didn’t work. They would then have to set the whole thing up again. The crew spent weeks shooting night and day. By the time it was over, they were ready to change professions.

The film cost six million dollars and took three months to complete including full engineering of the sequence. In addition, it’s two minutes long so every time Honda airs the film on British television, they’re shelling out enough dough to keep any one of us in clover for a lifetime.

However, it is fast becoming the most downloaded advertisement in Internet history. Honda executives figure the ad will soon pay for itself simply in “free viewings” (Honda isn’t paying a dime to have you watch this commercial!).

When the ad was pitched to senior executives, they signed off on it immediately without any hesitation ? including the costs.

There are six and only six hand-made Honda Accords in the world. To the horror of Honda engineers, the filmmakers disassembled two of them to make the film.

Everything you see in the film (aside from the walls, floor, ramp, and complete Honda Accord) is parts from those two cars.

The voiceover is Garrison Keillor. When the ad was shown to Honda executives, they liked it and commented on how amazing computer graphics have become.

They fell off their chairs when they found out it was for real. Oh, and about those funky windshield wipers. On the new Accords, the windshield wipers have water sensors and are designed to start doing their thing automatically as soon as they become wet. Click below. 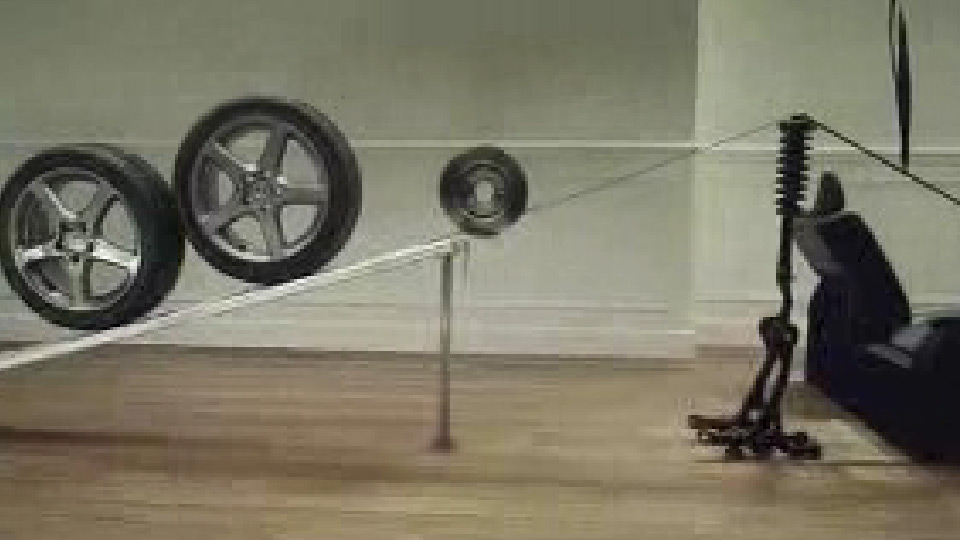 Honda Accord Ad, a Flash Animated video by Honda UK.